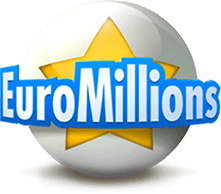 EuroLotteryTicket.com website provides relevant information about where and how to play EuroMillions online or others popular Euro lottery from anywhere worldwide.

For remote participation in the nearest Euromillions draw, visit the lotto online page, register a personal account on the chosen world lottery platform, and proceed to purchasing a EuroMillions ticket online.

Besides that, using the website navigation menu you will find current information about the prize distribution system, answers to frequently asked questions about participation in the lottery draws, the rules and latest results, and also current news and Euromillions jackpot tonight's announcements.

We wish you succeful to win the Euromillions Jackpot or become the winner of other popular European lotteries! 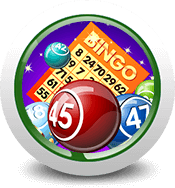 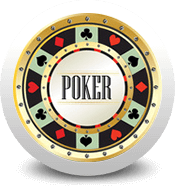 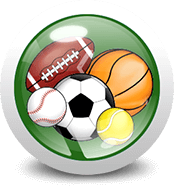 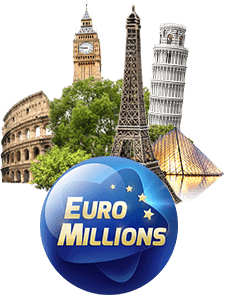 EuroMillions is the largest euro lottery, its history of creation is dated back to the distant year of 1994 when several EU countries first had the idea of launching a multi-European lottery.

The organizers planned to synchronize the starting of EuroMillions draw with the introduction of the common European currency in the territory of the EU, but it was not realized within the scheduled time for political or maybe also bureaucratical reasons, as it often happens to large transnational projects.

Only 10 years after the idea of its creation had appeared, the start-up of the most popular euro lottery got its start in the life, and in February 2004 the first EuroMillions draw was held in France.

As of today, the largest European lottery project has reached the culmination point of its development and popularity due to the high rating among the European lotteries by the geography of Euromillions ticket distribution and the jackpot sizes. Any national lottery’s official website of the member countries of Eurolotto can provide a legal opportunity to play the EuroMillions online only to residents of these countries.

Particularly, the most popular European lotteries, such as EuroMillions and EuroJackpot, will be available only to the citizens of these lotteries’ founding countries on the national operators’ websites.

Similar restrictions on national lottery websites for the buy lottery tickets online apply to others popular Euro lottery, available for play 24/7 on the EuroLotteryTicket.com website without restriction on the basis of citizenship of players.

The minimum age of players on the our website is regulated by the rules of the submitted European lotteries and can be 16 or 18 years depending on the chosen lottery and the country of its founder.
Your opinion
is important
to us
Do you like EuroMillions Lottery? For remote play EuroMillions online from abroad, you can use the legitimate services of the world lottery online licensed operators who will provide for a secure purchase of lottery tickets from anywhere in the world.

Moreover, the trusted lottery agents are able to provide with the possibility of playing not only in the EuroMillions, but other popular euro lotteries and world’s best lottery online with huge jackpots and mind-blowing winnings in secondary prize categories.

In addition, the opportunity to buy Euromillions tickets online, provides the players with a full confidentiality of participation in draw and maximum protection against scam if the players will be the lottery jackpot winners.
Stay in touch 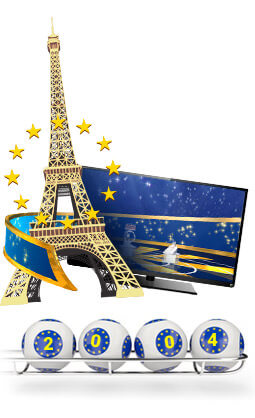 The first of EuroMillions draw was held in Paris on February 13, 2004. The epic draw of the first transnational euro lottery was advertised by the operators of France, Spain, and UK national lottery. Starting with the first draw, the founders established the starting EuroMillions jackpot in the amount of €15 millions, and approved the limits of the jackpot amount accumulation (in case of a series of EuroMillions rollovers) up to €190 millions.

Later the European countries that had launched the popular euro lottery were joined by the new members of the EuroMillions’ club: Ireland, Belgium, Luxembourg, Austria, Switzerland, and Portugal. After the new participating countries entered the global lottery project, the proportions of distribution of EuroMillions tickets in the territory of the EU increased manyfold.

On May 10, 2011 the format of EuroMillions draws was changed due to the introduction of the second weekly draw on Tuesdays. The quantity of additional «Lucky Star» numbers was also increased from 9 to 11, and the range of winning combinations was extended, the simplest one of which assumes only two matched numbers from the main range of balls.

On September 30, 2016 the lottery organizers increased the minimum Euromillions jackpot from 15 to 17 millions euros, and the range of additional «Lucky Star» numbers was extended from 11 to 12, which raised the number of winning categories and chances of winning the best euro lottery even more.

How pandemic COVID-19 affected the EuroMillions lottery
23.04.2020
The EuroMillions draws will continue in the context of the Coronavirus pandemic, however, the UK National Lottery is winding down the preliminary bets option due to COVID-19.

Croatian national team is aimed to break a world football jackpot in Russia
13.07.2018
The 2018 FIFA World Cup approaches the grandiose final. Who could present that German national teams, Brazil and Portugal will go home.